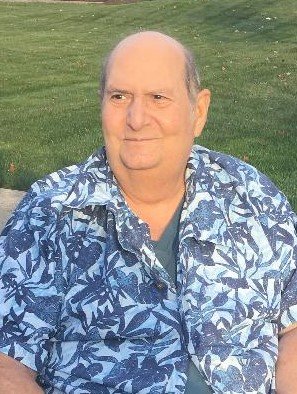 Get Directions
Thursday
30
May

Get Directions
Friday
31
May

Get Directions
Friday
31
May

Robert H. Keymetian, 72, of Belvidere, NJ, passed away peacefully in hospice care at Heath Village nursing home on May 26, 2019 in the presence of family.

Robert was born on May 23, 1947 in a hospital in Jersey City, NJ to the late Vasken and Margaret Keymetian and raised in Hoboken, NJ. He spent much of his youth building model airplanes and honing his woodworking skills in the basement workshop of his family's furrier business (Haig & Sons)/family home. He won second place in the state of NJ for a rock maple coffee table he entered in the contest when he was 13 years old. He later met the love of his life Janet, in Hoboken when they were both 15-year-old members of the Civil Air Patrol, and married her in September of 1969. They raised two daughters together. Both were avid fans of aerospace and sports cars and shared that passion with their children.

Robert was a well-educated man with a bachelor's degree from New York University and a master's degree in engineering from New Jersey Institute of Technology specializing in fluid dynamics. His early career included work on the power plants for the Ohio Class of ballistic nuclear submarines (also known as the "Trident submarine"). Later work included designing sewage and wastewater treatment systems for Komline-Sanderson. Much of his working life was as owner of MarJan Construction where his engineering knowledge converged with his master carpentry and cabinetmaking skills. A devoted father and family man, his red construction van was frequently seen outside of his daughters' schools at dismissal time to give them a ride home. Robert later obtained his real estate license and combined his skill sets to the benefit of CIT Bank in the Small Business Lending department and then in Loss Prevention/Asset Recovery where he worked until his retirement in 2014. Robert enjoyed science fiction, educational programing, driving his beloved Corvette, and fish keeping. A kind man by nature, he loved and helped care for all of the family pets.

In lieu of flowers, donations can be made in Robert's name to The Cancer Research Institute online

Funeral Arrangements have been entrusted to Warren Hills Memorial Home.

Share Your Memory of
Robert
Upload Your Memory View All Memories
Be the first to upload a memory!