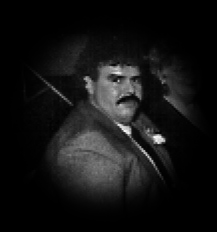 WILLIAM "BILL" S. LUNGER, 61, of Port Colden, Washington Township, NJ, passed away on Friday, October 4, 2019, at Ashbrook Care and Rehabilitation Center in Scotch Plains, NJ. Bill was born on July 9, 1958, in Trenton, NJ. He was the son of the late Truman R. Lunger and Louise G. (Housman) Lunger. He was a born-again, spirit-filled Christian who had a gift of boldness in sharing his faith. He was always ready to pray with anyone with a need and to give glory to God.

Bill was a 1976 graduate of Warren Hills Regional High School. He was an avid supporter of Warren Hills Athletics. Bill also had a passion for Civil War history. He thoroughly enjoyed his many trips to visit battlefields and monuments and even named his beloved cocker spaniels Stonewall and Shennen(doah).

Bill was an accredited softball umpire in New Jersey from 1977 to 2014. He was chosen Crew Chief for the high school sectional finals and state semifinals and finals for 19 consecutive years.

Donations in Bill's name may be sent to Washington Township and Borough fire departments, and Washington Borough and Mansfield Township emergency squads. They were there for Bill during his illness. Thank you to all the first responders for helping Bill when he really needed you. Your faithful service is very much appreciated!

Share Your Memory of
William
Upload Your Memory View All Memories
Be the first to upload a memory!
Share A Memory
Plant a Tree