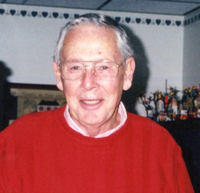 Thomas L. Miller, 84, of Belvidere, NJ passed away on Saturday, August 20, 2022 at the Hunterdon Care Center, Flemington, NJ. Born October 15, 1937 in Phillipsburg, NJ he was the son of the late William and Adelaide (Wargin) Miller. He was married to Mary "Tucky" Carpenter Miller for 27 years. Tom was preceded in death by his wife Mary Carpenter Miller. He is survived by his loving companion Linda Hendershot. Tom loved his Dunkin Donuts coffee friends and dining with his friends every month at Hong Kong Palace. Tom graduated from Washington High School, class of 1955. He was a telephone cable splicer with New Jersey Bell Telephone Company before his retirement for 37 years. He was a member of the Washington Borough Fire Department for 35 years, serving as Fire Chief in 1986 and 1987. He was Vice-President of the Midget Football Association known as the Washington Redskins and coached Washington Borough Little League Baseball. Tom served in the Army National Guard for six years as a Tank Commander and Staff Sergeant. He was honorably discharged in 1966. He treasured his family, as they were everything to him. Tom loved his beloved dog and cat that pre-ceded him, Inky and Cooper. He leaves behind little Archie. Tom loved all animals. He was a member of the Port Colden United Methodist Church where he was Chairmen of the Trustees during the churches major historical preservation. He loved working with his fellow parishioners at dinners and breakfasts but especially with Charlie Seeley, Bob Horn and Howard Huff, just to mention a few of his beloved parishioners. Tom loved to work with his hands and designed and built Early American furniture. He also was an avid train buff, especially pre-war pieces and had an awesome collection. Tom gave a complete train set to each of his grandchildren as they entered into life. He had an antique truck; a 1949 Ford pick-up which was his pride and joy and had it restored. He loved to go to antique car shows. He was an avid NASCAR fan. He and Linda traveled extensively together and their favorite trip was to Alaska. Sincere thanks to his caregivers from Home Instead Care that took such wonderful care of Tom. We are eternally grateful for their caring support. In addition to being survived by his loving companion Linda, Tom is survived by his loving children, Julie Miller, Timothy Miller, Susan Voorhees (Tim) and Andrew Miller (Ellen) and his step-daughter Sherri Tapp (Scott). He leaves behind his beloved grandchildren Kelsey, Jacob, Jarrett, Zachary, Aidan, Jonas and step grandson Noah Tapp. In addition to his parents he is pre-deceased siblings, Richard, Joan and Pat. Family and friends may pay their respects on Thursday August 25, 2022 between the hours of 5-8 PM at the Warren Hills Memorial Home. 234 W. Washington Ave. Washington, NJ 97882. Funeral services will be celebrated on Friday August 26, 2022 at 11:00 AM at the funeral home. Burial will take place at St. Joseph Cemetery in Washington, NJ. In lieu of flowers donations may be made in Tom's memory to Washington Borough Fire Department. 100 Belvidere Ave. Washington, NJ 07882. OR the Port Colden Methodist Church. PO Box 215, Washington, NJ 07882. Funeral arrangements have been entrusted to the Warren Hills Memorial Home. To send an on-line condolence please visit www.warrenhillsmemorialhome.com