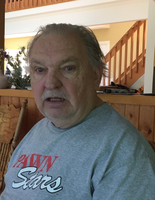 John J. Lewczyk Sr., 77, of Belvidere, NJ and previously of Mansfield, NJ passed away on February 19, 2021 at St. Luke's Anderson Campus. John was born on February 3, 1944 in South Amboy, NJ to the late Joseph and Martha Lewczyk. He was a graduate of Perth Amboy High School and attended Rider University. John was the owner and operator of JL Aluminum, until his retirement in 2002. He enjoyed to hunt and fish in his spare time. John is survived by his loving wife, Mary Ellen, his children; John Joseph Lewczyk Jr. and his wife Kara of California, Jennifer Troulis and her husband James of Dunellen, NJ, and Christopher Lewczyk and his wife Shawr of Bangor, PA. He is also survived by his grandchildren; Nastassia Welch from Florida, Justin Troulis and Samantha Troulis from Dunnellen, NJ, Dario Lewczyk from Bangor, PA, and Victoria Lewczyk from California. John also leaves behind five great grandchildren and his sister; Janet Kiszonak from Florida. In lieu of flowers donations can be made in John's name to the Shriners Hospital for Children. Donations can be made at donate.lovetotherescue.org. It is the family's wishes that all services at this time remain private and under the direction of Warren Hills Memorial Home, 234 West Washington Ave., Washington, NJ 07882. To send an online condolence please visit www.warrenhillsmemorialhome.com.